This is the structure that we use:

Example: She asked me to come later 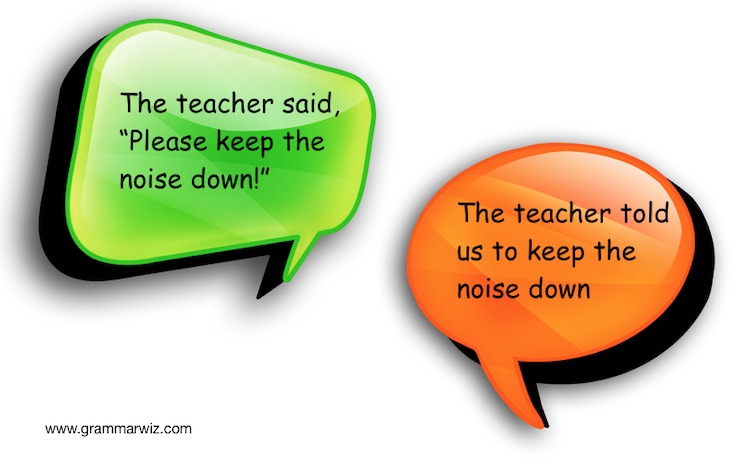 Here are some further examples using the imperative sentences above, showing them in direct speech and indirect speech.

In normal reported speech, the common reporting verbs are said and told. For instance:

There are many more, however, that are used with reported speech imperatives. Some are for orders while others are for polite requests.

Here are some more examples of reported speech imperatives using these verbs:

Suggest / demand / insist can be used as reported verb for imperatives; however, they do not follow the same pattern as above. That is because the structure for using them is as follows:

So this is how reported speech with these verbs will look:

When we want to make an imperative reported speech sentence negative, we simply add in not before the 'to infinitive':

Example: She advised me not to come late