Reported speech tenses will change from that of the direct speech in most cases.

This is known as backshifting in reported speech, with the basic rule that a tense is shifted back to its past tense form.

This is because we are usually talking about something in the past.

You can also watch a video of this lesson:

Here are some examples of backshifting, with tenses going back from present to past: 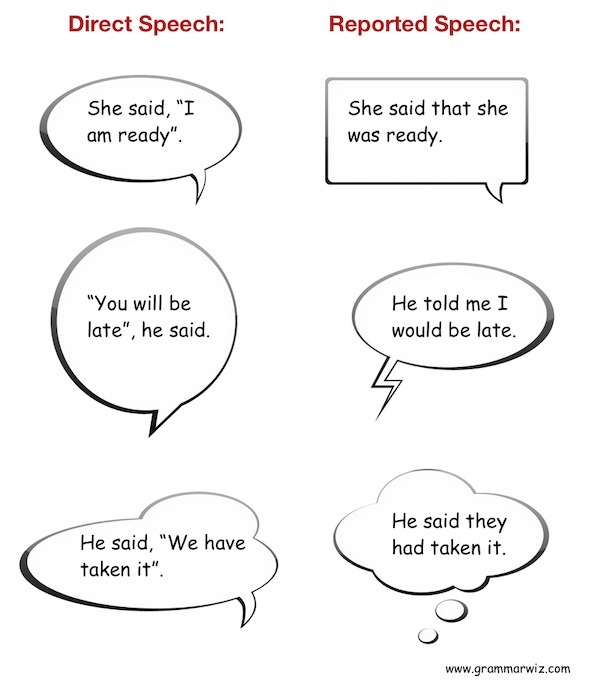 Below is a reported speech tense change chart with the rules for backshifting for each tense and for modal verbs.

You will see reported speech does not go back a tense if it is already in the past perfect (there is no further back it can go), and some modal verbs also do not change.

If you are tested on this, though, these are the changes you need to make. 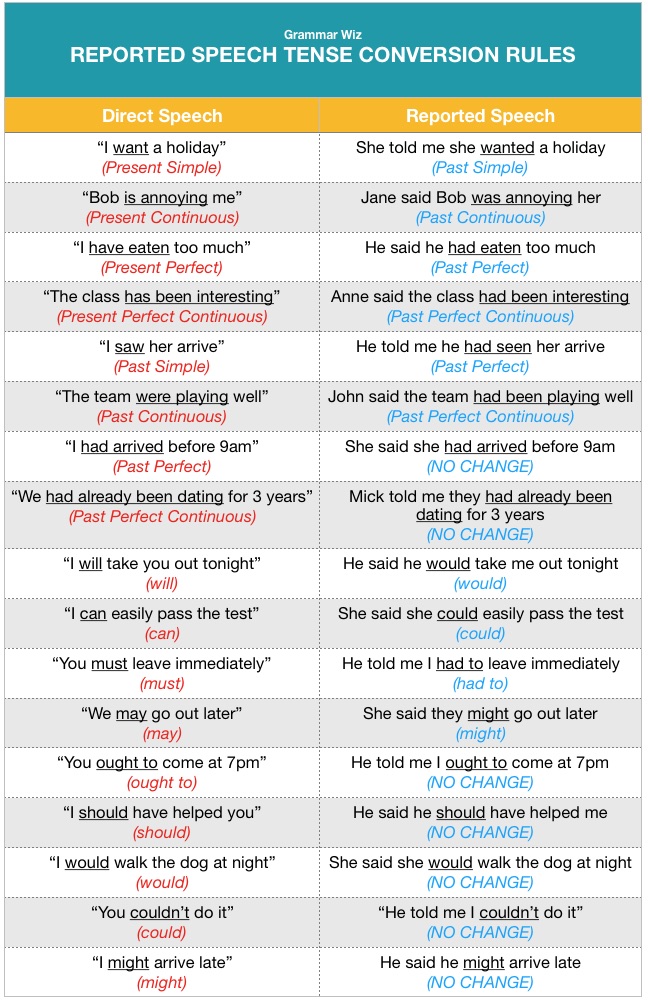 Exceptions to the rules

This is a useful starting point. However, it is a simplification as we may not always decide or need to shift the tense back.

For instance, if the circumstances we are reporting on have not changed since they were directly said, then the tense would not need to be changed. For example:

So if we want to convey that the situation is still true then we may keep the tense the same.

Alternatively, the tense could even forward shift. An example would be in relation to a film or book. In this case, the person may use the past tense to say that the film was good, but the present or past tense could be used when you convey that to someone else:

As you can see, either reported speech tenses would be ok if you wanted to pass the information on to somebody else. The person said the film was good, and it is still good (it hasn't gone away).

So there are some general rules for reported speech tense changes but it can depend on the context. There may be no need to change it or you may be able to choose either tense.